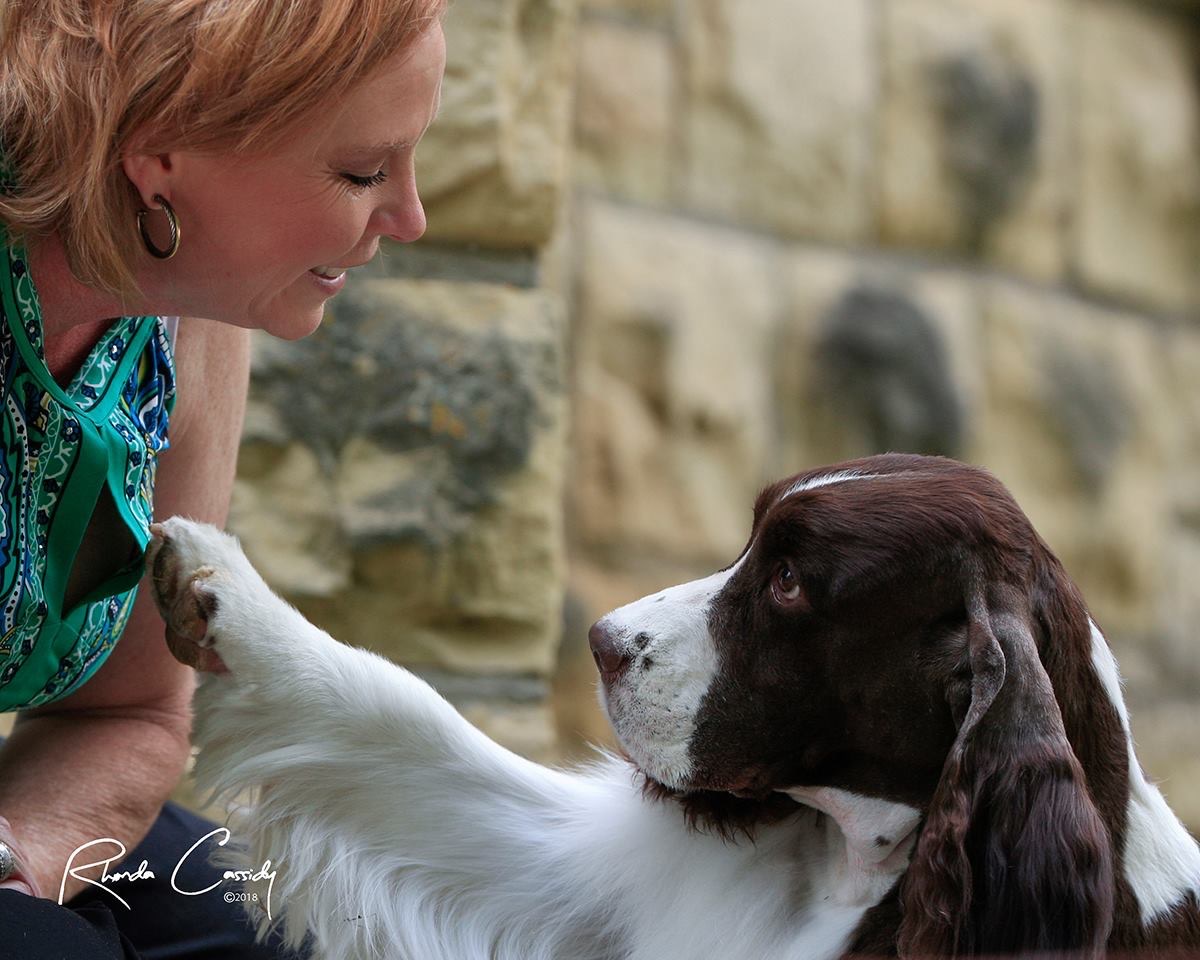 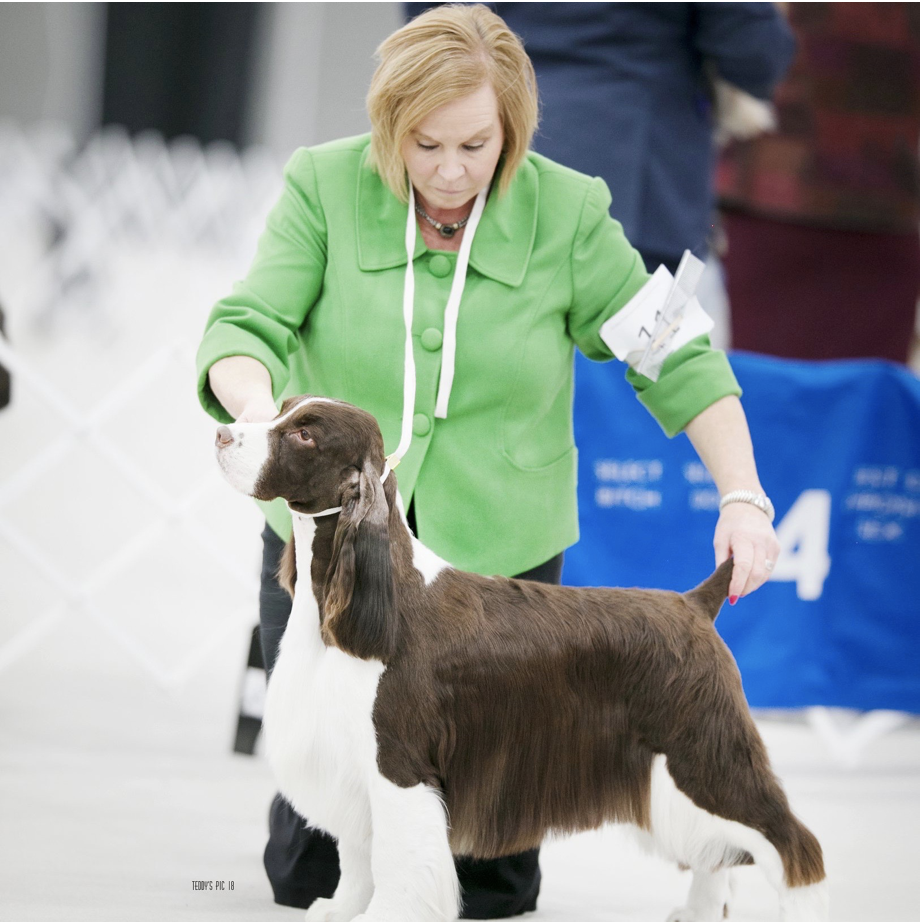 Robin became involved in AKC dog shows through her sister's first dog acquired from Marge Rollins, CH Venetian Bobby Bear. This was Robin's first foray into the world of AKC dog shows and she never looked back. "Bobby" led to a part-time after school job at a boarding kennel owned by Lorie Carlton of Belle Creek Bichon fame. The job, in turn, led to a second Novack family Springer named Tiffany, acquired from Karen Prickett Miller. Eventually, Robin went to work for Karen, and after a long and dedicated apprenticeship with the renowned Springer breeder and handler, Robin went out on her own in 1991. Since then, Robin has campaigned multiple dogs to top all breed and sporting group contenders along with winning multiple National Specialties. She has won over 300 Best in Shows over the course of the years and remains actively involved in the Telltale breeding program.